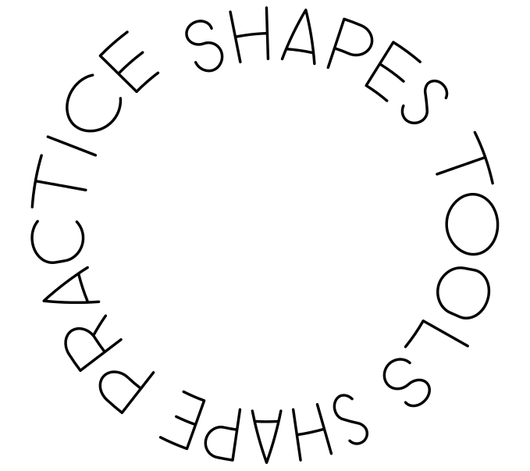 Technology; a tool, a standard or a piece of software is always designed
with a goal in mind. These pieces of technolgy take a lot of work to
make and maintain. They have to be well designed, tested and made sure
to 'always work'. Ideally the designed technology wil achieve a certain
transparency; it'll feel natural. This transparancy offers comfort in
use, and in a way the freedom to experiment. On the flip-side, when you
want to use the software in ways it hasn't been designed for the elegant
design becomes a limitation.

Designer Jonathan Puckey calls the computer a tool to make tools, a
metatool. Mathematician, computer scientist, and educator Seymour Papert
calls the computer a Proteus machine after the greek god who could shift
shape. Papert also make the distinction between being programmed by the
computer and programming the computer yourself. In using a computer
through software interfaces only a portion of its potential is activated.

My name is Gijs de Heij, I'm a graphic designer and programmer. I'm also
a member of Open Source Publishing (OSP), a Brussels based graphic
design collective using only Free Libre and Open Source Software. Rather
than covering up their internals Free Libre and Open Source Software
tools invite their users to investigate and modify the inner workings of
the software. By doing so making the tool turns its users into potential
makers of itself and shifting the relationship between producer and
consumer.

The practice of OSP started as an experiment: is it possible to make
professional design using Free / Libre Open Source Tools? Quite quickly
this turned out to be true. For me question at the heart of the practice
of OSP has become: what is the influence of tools on the practice of the
graphic designer? Or, what can the practice of a graphic designer
become by using alternative tools, by making your own tools? The most
clear example of an answert to this question is html2print, where we use
web technologies to make printed graphic design. Taking benefit from the
open standards driving the web, and the vibrancy of the people using and
making it.

In this classes we will use code to experiment with the shape-shifting
abilities of the computer by making our own tools and programs to
produce and generate (graphic) design. We'll make use of the freedoms
F/LOSS-software has to offer: to use, study and modify the work of
others. The goal of the class is to experiment with code, alternative
tools, processes and strategies to make graphic design.

The classes will be in English. While of course useful, experience with
code is not required.