From Fiction to Action – Design in a State of Exception

In a present that is characterized by crisis perception, media hysteria, social injustice and an extreme imbalance of prosperity, designers are also forced to keep up. This project for/by students aimed for the exploration of creative and designerly dimensions of revolution, civil disobedience, insurrection and resilience in the form of comprehensible and mostly applicable scenarios and product prototypes.

In a starting exercise we developed a rebellious card game based on Near Future Laboratory’s Design Fiction Product Design Work Kit. There are three categories – action, attribute, object – filled with revolutionary, techy and everyday terms. Combining one card from every category will generate a new idea/micro brief/design prompt.
We continued with an intense research phase – studying the means and aesthetics of protest and social movements alongside art and design pieces related to the topic. For example Artúr van Balen and his project on inflatable, soft scaled paving stones, which can be thrown between demonstrators and the police during demonstrations and create humorous confusion or the exhibition catalog “Disobedient Objects” of the V&A Museum of 2015. It shows the aesthetic qualities of objects in resilient contexts: Self-protection signs in the look of books or shields equipped with large-scale photographs, DIY gas masks and aesthetic-functional appropriation strategies.
The students analyzed historical and present strategies of civil rebellion and extrapolated them into certain futures. Using narrative and speculative design metho-dologies the group developed new perspectives on what design can be and in which fields it may extend.

The different projects involve an individual and therefore very personal approach to the exceptional state, which was interpreted independently by the students. They deal with forms of future collective disobedience,  criticism of conventional biological reproduction, mass surveillance, the question of embodiment of nationalism in consumer products as well as spatial representation of public security.

The students used a range of different tools fitting their respective concepts. Digital tools like 3D printing, Arduino wiring and programming, Rhino/Grasshopper, laser cutting and a CNC-portal machine used for foil welding, as well as “regular” techniques such as metal welding, sewing, woodworking and upholstering. 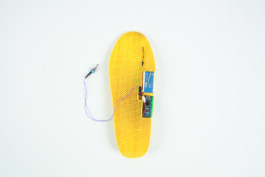 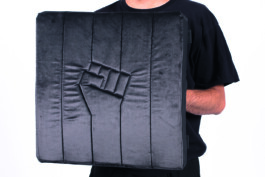 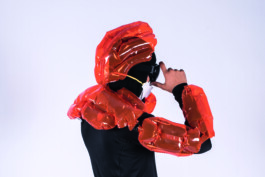 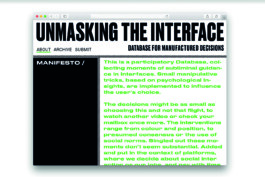