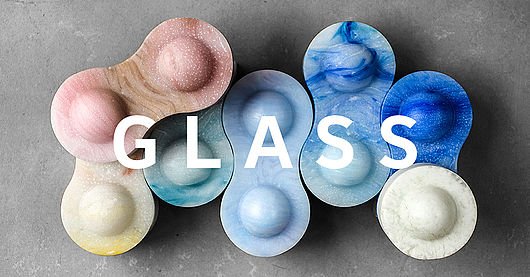 This lecture aims to inspire architects, designers, artists and structural engineers to go beyond the brittle, 2-dimensional, transparent nature of glass and envision structures from a robust 3-dimensional material of multiple colour and texture possibilities.

The lecture is divided in three main parts:

The first part concerns a brief introduction to glass as a structural material and argues on the use of casting for fabricating building components. Both the potential and the limitations of cast glass are discussed.

Then, in the second part, the research and realization of the Crystal Houses façade project in Amsterdam is presented in detail, to familiarize with the challenges of this novel technology. The multi-awarded adhesively bonded cast glass block façade was conceived by MVRDV architects and developed by our research group. Insights on the engineering challenges, from the development of the system and its experimental validation to the daily, 7-month, supervision of the construction are discussed. The Crystal Houses façade proved the potential of the cast glass technology in creating three-dimensional, load-bearing and freeform all-glass structures. Nonetheless, the adhesively bonded system by a colourless adhesive of virtually zero thickness, highlighted as well the implications resulting from a permanent construction of extreme accuracy and intensive and meticulous labour.

Based on the lessons learned from the Crystal Houses, new ideas and concepts of designing structures with cast glass are presented in the third part of the lecture. Emphasis is given to the circularity of the design by creating reversible systems out of recycled, interlocking, cast glass components. An overview is presented of the current experiments conducted at the TU Delft Glass Lab with different geometries, glasses and cooling techniques, which have resulted in a wide range of clear, coloured, translucent and opaque, marbled glass elements. Glass has finally escaped its 2-dimensional, transparent nature!

Faidra Oikonomopoulou and Telesilla Bristogianni have followed remarkably similar paths in life. They were both born in Athens, Greece in 1984, less than a month apart. They met when they were 18, when they started studying Architecture at the National Technical University of Athens (NTUA). They continued as classmates through their second master at Delft University of Technology, Faculty of Architecture, between 2010-12. In 2014 Faidra returned to the Faculty of Architecture of TU Delft as a PhD/researcher on the Crystal Houses’ glass brick system. Telesilla followed her in the research eight months later. Together they supervised the construction of the Crystal Houses façade and even built together with the crew the first 1.5 meter of the glass wall. For their work in the Crystal Houses the two PhD/researchers have received multiple awards, including the Innovation Award 2016 by the Society of Façade Engineers and the Talent met Toekomst Bouwprijs 2017. Through this project they discovered the architectural potential of cast glass, but also saw the engineering challenges involved. This is when they conceived the idea of Re3glass; a reversible glass system out of recycled glass components, currently exhibited at the Venice Design 2018 and nominated for the New Material Award 2018. Their vision is to create circular, strong and aesthetically intriguing cast glass structures.