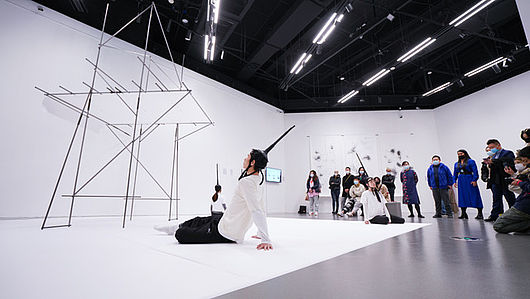 An introduction on the exhibition Inclusive Break – A Time Beside Many Others.

Let's reverse time back to 3pm in Shanghai and 8am in Berlin on November 8, 2020. A public pop-up event under the title Inclusive Break took place simultaneously at Liu Haisu Art Museum and HAUNT Art Space. At both locations visitors could find an identical collection of 66 white plastic boxes building a rectangular field on the ground. Some of the boxes were empty while others were filled with objects such as plants, tinfoil, gauze, porcelain clay, transparent soap and sponge. Visitors could not only move the boxes but also use the materials and tools inside. And their moves and actions were to be captured by the lens of a video camera and transmitted live to the other location, forming a theatre of objects and time map built collectively by men and objects under the guidance of time.

Now a year later. From December 3 to 26, 2021, an artistic chapter co-choreographed by China and Germany will open once again at Liu Haisu Art Museum. After two years of preparation, the exhibition under the title of Inclusive Break – A Time Beside Many Others - a longer and more extensive version of the pop-up event - co-organized by Liu Haisu Art Museum and the Department of Culture and Education of the German Consulate General Shanghai will be on view for nearly a month-long period. The exhibition will feature six artists including Kang Qing, Gao Shan and Zhou Yinchen from China and Stella Geppert, Nicole Wendel and Saskia Wendland from Germany. Collectively they present the audience in Shanghai nearly 100 pieces of work from 33 groups, including action painting, sculptural installation, performance video, drawing and archival material.

A "break" may refer to a breath of exhalation and inhalation or a sensory journey from now to then. "Inclusive break" on the one hand casts light on how people govern time in their social work (production) and life (consumption); and on the other, reflects artists' inquiries into the different forms and states of time. What does time mean to artistic creation? At what point of time does artistic practice begin? How do we feel the passing of time at the scene through artworks? How to overcome the time difference in cross-national artistic dialogue? How to achieve synchronic and effective equilibrium through the mutual relationship of culture?  The title of the exhibition concentrates on an ephemeral moment, attempting to ignite the passion for philosophical reflection. In the two years of uninterrupted creative exchange and academic discussion, two philosophers Yang Junlei from Shanghai, Iris Dankemeyer from Berlin and Shanghai-based curator Zhang Ting observe the words "inclusive" and "break" in such a rich, extensive and subtle way, and provide the artists with tremendous impetus and strategies for their creative cross-cultural dialogue. Apart from the exhibition, all the brain work based on perception and thinking has also been presented in a variety of online forms, including "Media Takeover", "Sino-German 60 Seconds", an online academic marathon and "Long-Distance Visits", which cast more and further light on how the six artists have managed to shift towards a profoundly "slow-down" manner of working under the backdrop of the pandemic and to probe into time and temporality.

Inclusive Break – A Time Beside Many Others, as an unusual international exchange project that has covered a long time span under a highly unique context, manages to attain self-adaptivity through constantly adjustments of methodologies. The brand new gestures and profound academic thinking demonstrated are achieved through the joint efforts of the organizers in China and Germany, curator, artists and philosophers, which is in fact one of the most intriguing and charming elements of the project. We look forward to setting our foot at the exhibition scene again to invite audience to immerse themselves in the art from the remarkable artists from the two countries, to gain insights into how they ignite the vision of art through the moments that illuminate life, and to experience the sharing, empathy and integration of the community of shared future for mankind.

Organizer
Liu Haisu Art Museum, Department of Culture and Education of the Consulate General of the Federal Republic of Germany in Shanghai

Inclusive Break – A Conversation between Art and Philosophy
Artist Talk, moderated by the philosophers Iris Dankemeyer and Junlei YANG 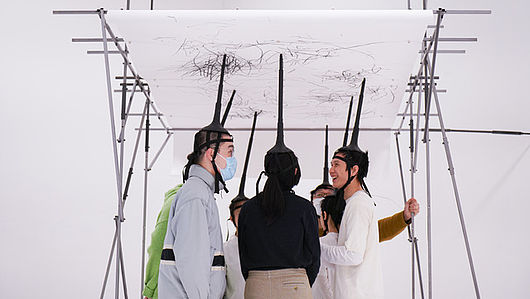 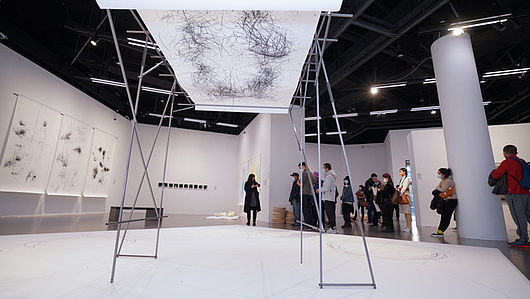 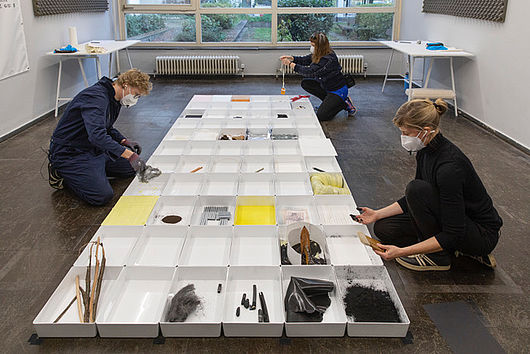